In the basement boiler room of Martin Luther King, Jr. Community Hospital, Jimmie Brown runs his sneaker carefully along the bottom of a condenser, checking for water leaks. On the roof, he checks the temperature gauges on steam pipes. In the room that houses dozens of computer servers and the twisted bunches of cable that connect them, he sniffs for smoke. He is meticulous in everything he does.

As a facilities engineer charged with keeping the critical infrastructure of the Martin Luther King, Jr. Community Hospital running, it’s Jimmie’s job to be meticulous. 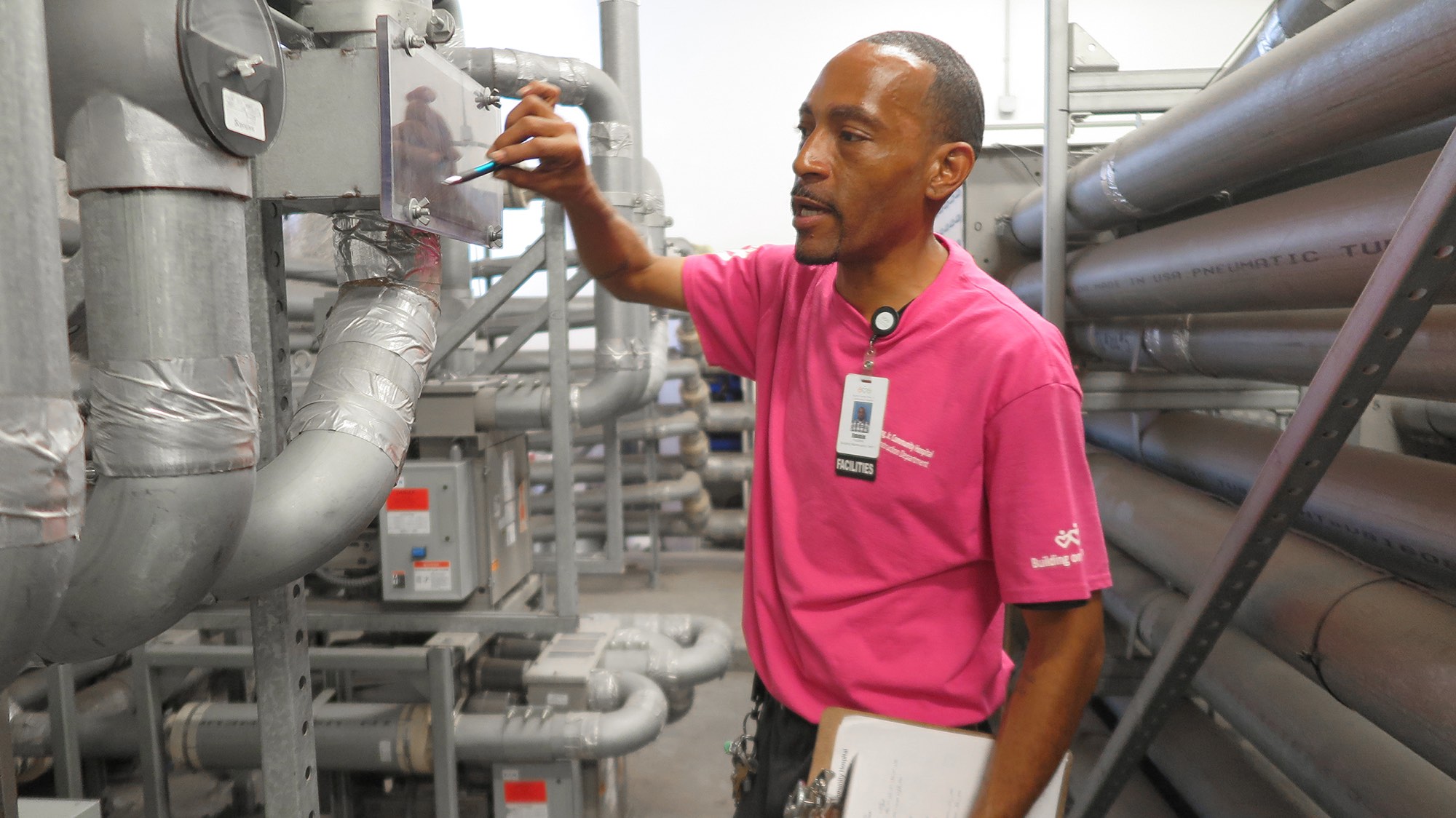 The South Los Angeles of Jimmie’s childhood had intersections that dictated everything. Live on this side, you were in one gang’s territory. Live on the other, and you were in a different gang’s hood.

A self-described nerd, Jimmie stayed off the streets, studying hard and excelling in school. But his twin brother, Johnnie, got involved with gangs early, with fatal consequences. On September 19, 1997, Johnnie was shot dead.

Five months later, on February 28, 1998, Jimmie was playing basketball in front of a friend’s house in Compton. A gang member drove by and shot him once in the head and once in the ankle. He was 22.

In the ambulance on the way to the nearest hospital—the Martin Luther King Jr./Drew Medical Center—he knew he might die. Indeed, inside the old hospital’s trauma center, doctors couldn’t believe he was still breathing. He was placed in a medically induced coma and given three blood transfusions before he finally stopped bleeding out.

When he woke up, he had no feeling in his left foot. He could barely see through the bandages wrapped around his head, but what he could see changed his life: “Miss Keller.”

Miss Keller was his attending nurse—he never learned her first name—and to Jimmie, she became like a second mother.

“Everything I needed, she was there for me,” he says. “She was the word of reason I needed to help me heal, both spiritually and mentally.”

He spent three months in the hospital, learning to walk again. Another six months were spent recovering at home.

His brush with death changed him. Since childhood, he had always liked working with his hands—taking things apart and figuring out how to put them back together. Now he wanted to use those skills in the service of others.

In 2007, King/Drew closed. Jimmie’s first thought on hearing the news was for the people of his old neighborhood: Who would heal them, as he had been healed?

“Once I’d recovered, I thought, ‘They saved my life.’ I knew I needed to give back to show my appreciation for a second chance at life,” Jimmie recalls.

He funneled his passions into a nonprofit that teaches welding skills to recently released prisoners. With a partner, he built the program up from just a handful of students at the start to more than 200 total graduates by 2019. One of those graduates was his brother Johnnie’s son. 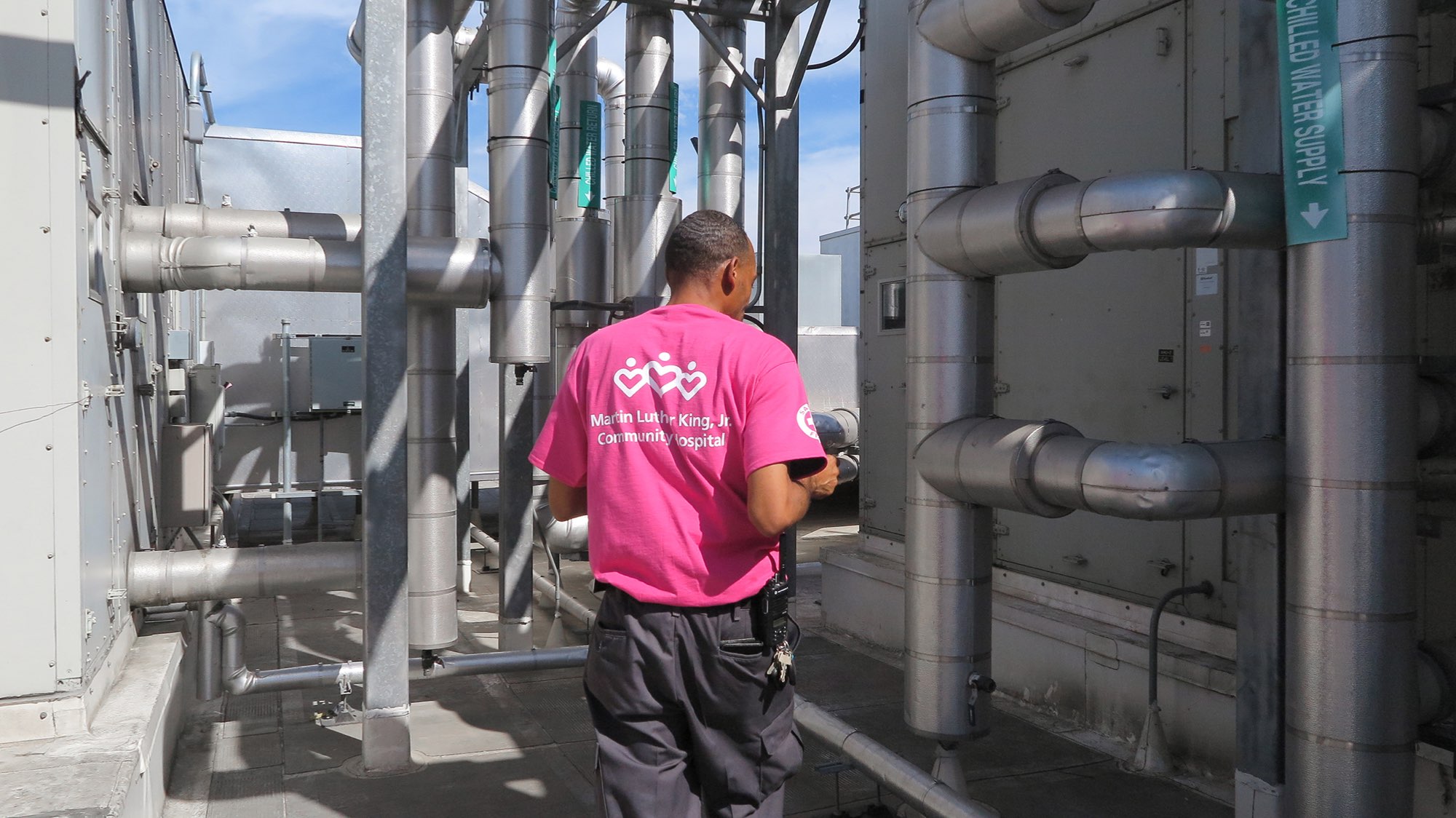 In 2015, a new hospital, the Martin Luther King, Jr. Community Hospital, opened where the old hospital had stood. Jimmie began to hear about the caring doctors and nurses, the high standard of care, and how grateful the community was to have such a place to heal—again.

When he saw the advertisement for a facilities engineer this past summer, Jimmie’s heart told him it was time to step up.

Today, Jimmie takes care of the hospital with the same compassion Miss Keller once showed him.

“Not everyone knows how important facilities are,” he says. “Sure, we’ll come change a lightbulb or fix a squeaky door, but a hospital has a lot more depth than that. We’re here to make sure everything is in perfect shape so that patients are comfortable and have the space they need to heal.”

The hospital is a place for Jimmie to give back, to help others heal on the site where he had once been healed. The significance of his journey to MLKCH is evident in the care he takes in monitoring every machine and gauge within its walls.