Outreach is Vital to Board Member Steve Yslas

Steve Yslas served on the MLK Community Health Foundation board of directors from 2013 to 2015. We’re grateful to Steve for his service and leadership.

MLK Community Health Foundation board member Steve Yslas remembers the long car rides to the hospital. Growing up near 50th and Normandie in South Los Angeles, he and his parents would travel to Good Samaritan at Union and Wilshire on Sundays for his mother’s asthma treatments.

“You had to go to either Good Sam or California Hospital in those days,” says Yslas, the retired general counsel and corporate vice president of Northrop Grumman Corporation. “We didn’t think about it back then, but it wasn’t right that we had to go so far for medical attention.”

Yslas says his memories of those trips, as well as his devotion to the South LA community, are motivating factors in his joining the MLK Community Health Foundation board of directors last year. “The hospital is vital to that community, especially in the wake of the catastrophic failure of King-Drew,” Yslas says. “There’s just a very a clear need.”

“I’m a real LA person,” he continues, noting that he grew up before the Disneyland era, when the big treat was a ride on Angel’s Flight. “I have a long history of close connections to this city.” 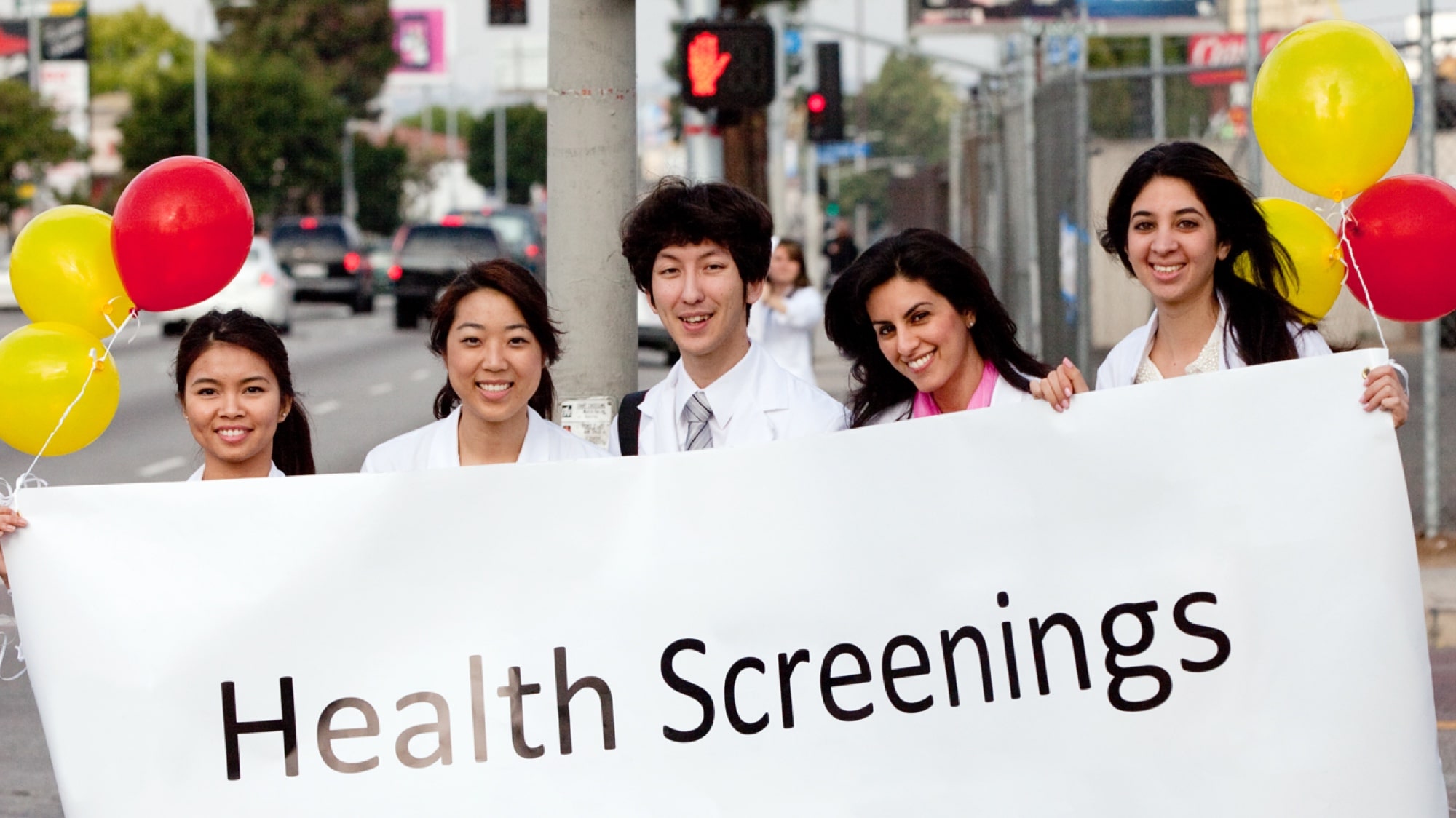 It would be hard to overstate the importance of this hospital. Having a quality medical facility accessible to the South LA community will be a huge benefit.

Many of those connections involve Tom Bradley, the late former Los Angeles mayor. In a past he shares with foundation board members Bruce Corwin and Linda Griego, Yslas was a volunteer with Bradley’s first mayoral campaign. “I was elated when he won his second campaign,” Yslas recalls. Later, appointed by Bradley, Yslas served 10 years on the city’s police commission.

“I served as president of the commission during the 1984 Olympics,” Yslas continues. “That was when everything went right. It was a high point for this city and for the Police Department as well.”

A Vision for a Diverse Los Angeles

“Tom was a guy who had a vision for making a diverse city work together,” Yslas says about Bradley. “He didn’t have to find ways to be inclusive with the Latino community—it wasn’t such a large voting block back then—but he did it anyway because he knew it was the right thing to do. He knew that Latinos would eventually become an important part of the glue that holds this diverse city together.”

Yslas sees the same spirit infusing the foundation board. “I think it’s a good reflection of the community,” he says. “There are Latinos, African Americans, members of the Jewish community… We’re all working together.”

The fact that the demographics of South LA have shifted to become increasingly more Latino is another reason Yslas is so committed to his work on the board. “I’m part of the Latino community,” he says. That’s an important component for me—to make sure the community is well served.”

Bringing a Corporate Presence to the Board

When Yslas worked on the police commission, “It was like having a part-time job,” he says, recalling that for his employer, Northrop Grumman, it was a love-hate relationship. “They loved that I was on the commission, but they hated it when they couldn’t get me on the phone,” he laughs. “Large employers in southern California want a vibrant, well-taken-care-of community,” Yslas continues.

“Even beyond corporate responsibility, they know it’s in everyone’s best interest to have a well served, well educated, healthy community. As the hospital gets going, you’ll see more business contributions.”

The Importance of Promoting a Healthy Lifestyle

“It would be hard to overstate the importance of this hospital,” Yslas says of MLKCH. “Having a quality medical facility accessible to the South LA community will be a huge benefit.”

“My biggest hope for the hospital lies in outreach. It won’t be enough to simply be a hospital with doctors in it. MLKCH will reach out into the community to encourage people to not only use its services, but to live a healthy lifestyle. A huge part of the mission is to make at least a dent in the epidemic of heart disease and diabetes we’re seeing in South LA.”

Yslas, holding a BA in public service from UCLA, as well as a JD from UCLA School of Law, also serves on the board of the Ahmanson Foundation. Previously, he served on the Constitutional Rights Foundation board of directors and the Claremont McKenna College board of trustees, among other boards. “I never thought of public service as any kind of burden,” he says. “I find it very interesting and I believe I can contribute in a way that will benefit the community and the city I love.”