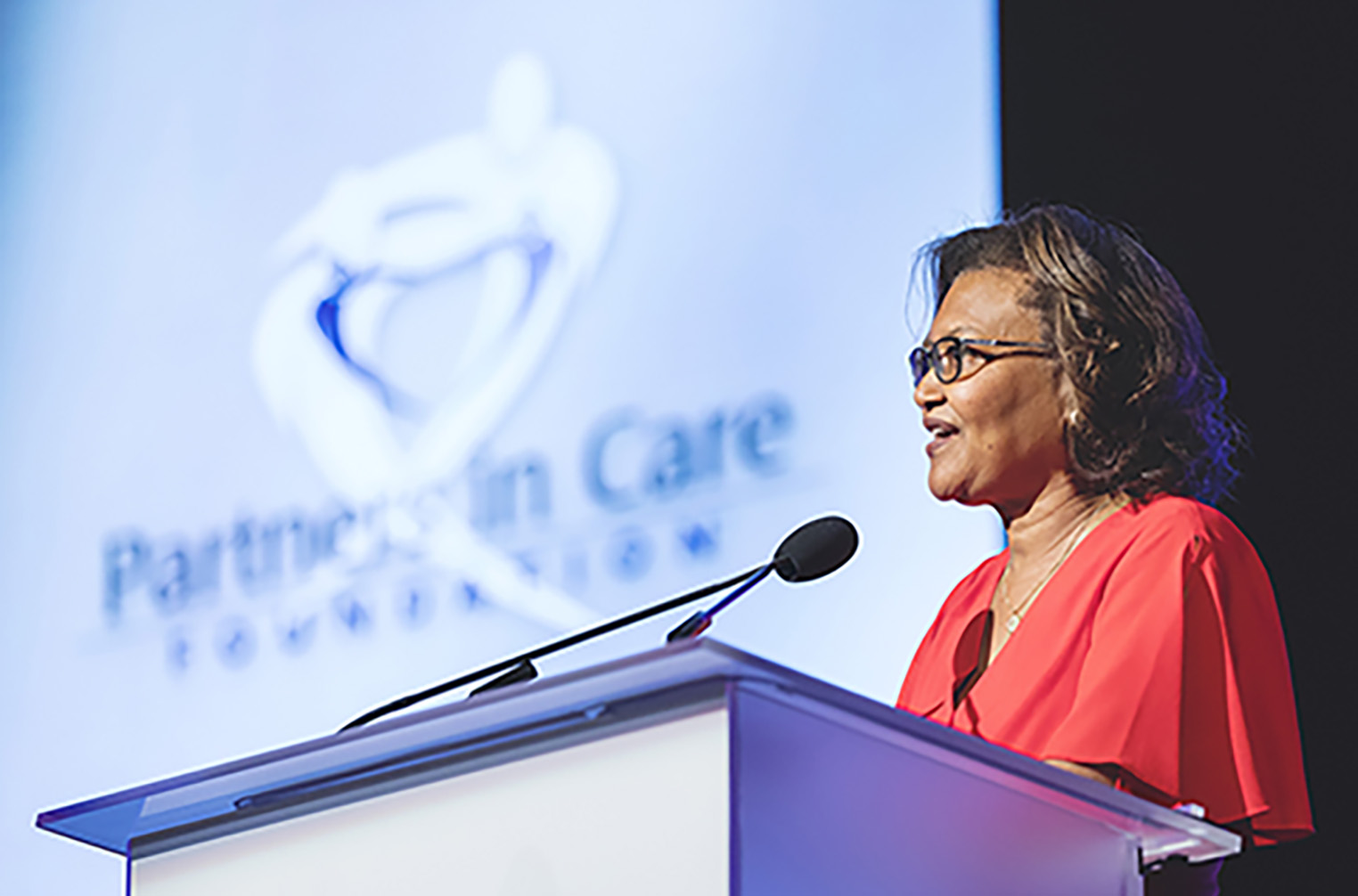 The award, which was presented at the Beverly Hilton Hotel on June 3, has been given annually since 2000 and recognizes an individual who has affected pioneering change as a healthcare visionary. Previous recipients of the prestigious award include Diana Dooley, former California Health and Human Services Agency Secretary; Robert Margolis, MD, CEO Emeritus of HealthCare Partners, LLC; and Don Crane, president & CEO of CAPG.

Batchlor was one of the first members of a working committee put together with the goal of creating a new hospital for South LA after the closure of King-Drew Medical Center in 2007. That closure – and the complexities of delivering care to a 70% Medi-Cal population – made it hard to find a CEO to take the helm of the new hospital.

“All of that would scare many people off,” said MLKCH board member Manuel Abascal, a partner at Latham & Watkins, who helped introduce Batchlor. “It actually inspired Dr. Batchlor. She said, ‘I can’t believe no one is stepping up. I’m going to step up, and I’m going to do it.’”

MLKCH went on to win awards for its cutting-edge technology, beautiful modern design, and embodiment of Batchlor’s vision of uncompromising excellence.

“Since becoming CEO of the hospital, she has designed a system of care from the ground up to build a modern, state-of-the-art healthcare delivery organization,” said Supervisor Mark Ridley-Thomas, who helped introduce Batchlor. “It’s the envy of the other campuses in the county of Los Angeles.”

Prior to joining MLKCH, Batchlor served as chief medical officer of L.A. Care Health Plan, the nation’s largest public health plan providing care to the county’s most vulnerable residents. Before that, she served as vice president of Health Care Finance, Organization and Operations at the California HealthCare Foundation.