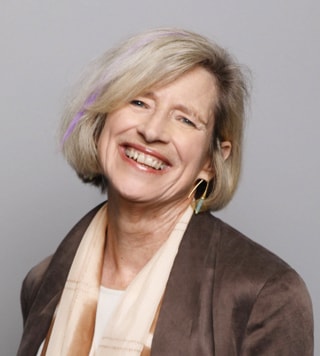 Dyan brings a background of more than 30 years in philanthropic work throughout greater Los Angeles to her current position as president of the MLK Community Health Foundation. Her work leading the foundation since its inception in 2012 has resulted in strong private support for the hospital’s capital and programmatic needs, an expanded maternity unit for the hospital’s opening, and the creation of philanthropic and communications programs that position the foundation for future growth.

Dyan previously served as executive vice president, development and communications, for the YMCA of Metropolitan Los Angeles, one of the largest YMCA associations in North America. Her leadership included $120 million in contributed revenue, and eight North American YMCA communications awards.

She was a member of Mayor Villaraigosa’s Nonprofit Advisory Group, and currently serves on the advisory boards of Indiana University’s College of Arts and Sciences and the California Dance Institute. Past board memberships include the University of Massachusetts, Planned Parenthood Los Angeles, and the Creede Repertory Theater. Currently Dyan serves as the minister of congregational giving for St. Alban’s Episcopal Church (Los Angeles).

Dyan’s work on women and philanthropy has been used as a model for nonprofits nationwide. She is a contributing writer to the book Women as Donors, Women as Philanthropists, a commentator for the Chronicle of Philanthropy, and a frequent public speaker and consultant with organizations throughout the nonprofit sector.

She received a BA with honors from Indiana University, and a Master of Fine Arts degree in writing from the University of Massachusetts. In 2019, she was honored as a “Distinguished Alumna” by Indiana University for her creative and transformative impact on the field of fundraising.